Rick Schneider possesses over 30 years of experience in event production. promotions, media production, marketing, advertising, creative writing, and business management. He has lived and worked in Hawaii since 1987. 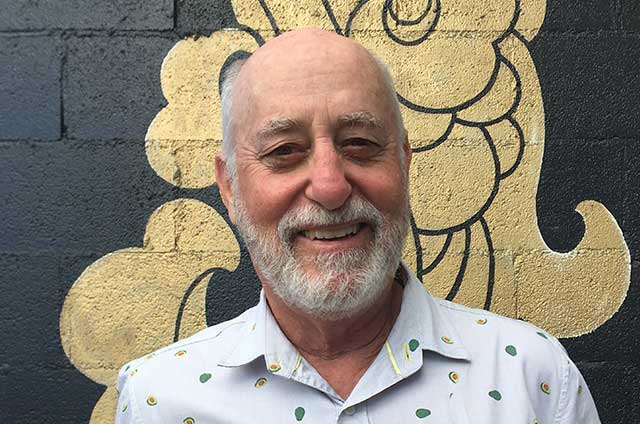 Completing studies at Hunter College in theater and film, he worked free-lance in the film industry in New York as a writer, producer and director. In 1978 Rick founded his own production company, Fine Tuning Inc., which he ran successfully until his relocation to Hawaii.

His writing and production credits include MTV video pieces for some of the world’s top music acts including The Rolling Stones, Willie Nelson, and Kool and the Gang. Also to his credit are numerous documentaries, industrial films and TV commercials including two years of ”It’s a matter of life and breath” TV spots for the American Lung Association. In 1979 he formed Ratso Records, a specialty music record label and supervised all aspects of production and marketing including music production, packaging, sales and promotion. Rick is listed in Marqueses Who’s Who in Entertainment and Who’s Who in Advertising.

Rick relocated to Hawaii in 1987. He established himself as a free-lance writer and public relations and marketing consultant, producing brochures, advertising, promotional pieces and newsletters for a number of respected local clients.

In 1989 he formed Schneider & Associates, a public relations, marketing and advertising firm. In 1990 he won a Pele award (the Hawaii advertising awards) for a print ad he wrote and produced for the ACLU of Hawaii. In 1991 he worked as the Communications Director for a Honolulu City Councilmember. In 1994 he conceived and produced From Grass to Glass, a landmark 12,000 square foot museum quality exhibit on architecture in Hawaii for client Gentry Pacific. This exhibit received international acclaim.

Rick founded Wa Nui Records Inc. in 1994, which produced and marketed music CDs and tapes. Rick oversaw all aspects of production and promotion including product development, production, packaging, promotion, sales and marketing. His most noted local release is the Song’s of Liliuokalani by the Galliard String Quartet. Wa Nui also ventured into concert and event promotion under a subsidiary, Wa Nui Presents.

Rick’s responsibility as C.E.O., primary administrator, and lead producer has realized itself in a number of high profile events that have garnered high client praise and critical acclaim. Under his management, the FM100 Birthday Bash grew to be the event with the highest consistent yearly attendance at the Waikiki Shell. Credits have included producing scores of events, some servicing over 60,000 people with budgets well into seven figures.

Highlights include an event servicing 6,000 people for Toyota International including food and beverage, a full conference, and a concert featuring Aerosmith; numerous events yearly for the NFL’s Pro Bowl including a block party the length of Waikiki servicing over 60,000 people; An event for the USO feeding 10,000 service members returning from Iraq, and their families, and treating them to a concert by pop star John Legend and a two day event for Kukui’ula Development on Kauai that included concerts, food by Alan Wong and Sam Choy, and the replication of a fishing village at Kukui’ula Bay

Rick has also overseen the emergence of Events International’s experiential marketing division with over a dozen clients. Using his show business background, Rick has brought the elements of theatre and performance to marketing through the use of street teams, costumes, props, and multi media.

In 2009 Rick acquired Honolulu Box Office, a full service box office solution that provides ticketing for events locally on-line, over the phone, or in person at its Dole Cannery location.

Most recently Rick has provided production oversight and key production services for the Arashi Blast, a two day concert at Ko Olina Resort playing to 30,000 live audience members and over 160,000 pay per view audience members. He produced the Hawaii Food and Wine Festival finale at Ko Olina Resort to 1200 guests served by 15 world renowned chefs and entertained by musicians and acrobats performing on a stage in the middle of the lagoon.

In his time in Hawaii, Rick has involved himself as a member of the community, working with the government, and with various community and charity organizations. He is committed to keeping the aloha spirit alive and making Hawaii a better place to live.

In his spare time he enjoys family time with his wife and son, good food, and playing bass and singing with his local blues band, Bluzilla.

—please tell us about your event...let's make it unforgettable—